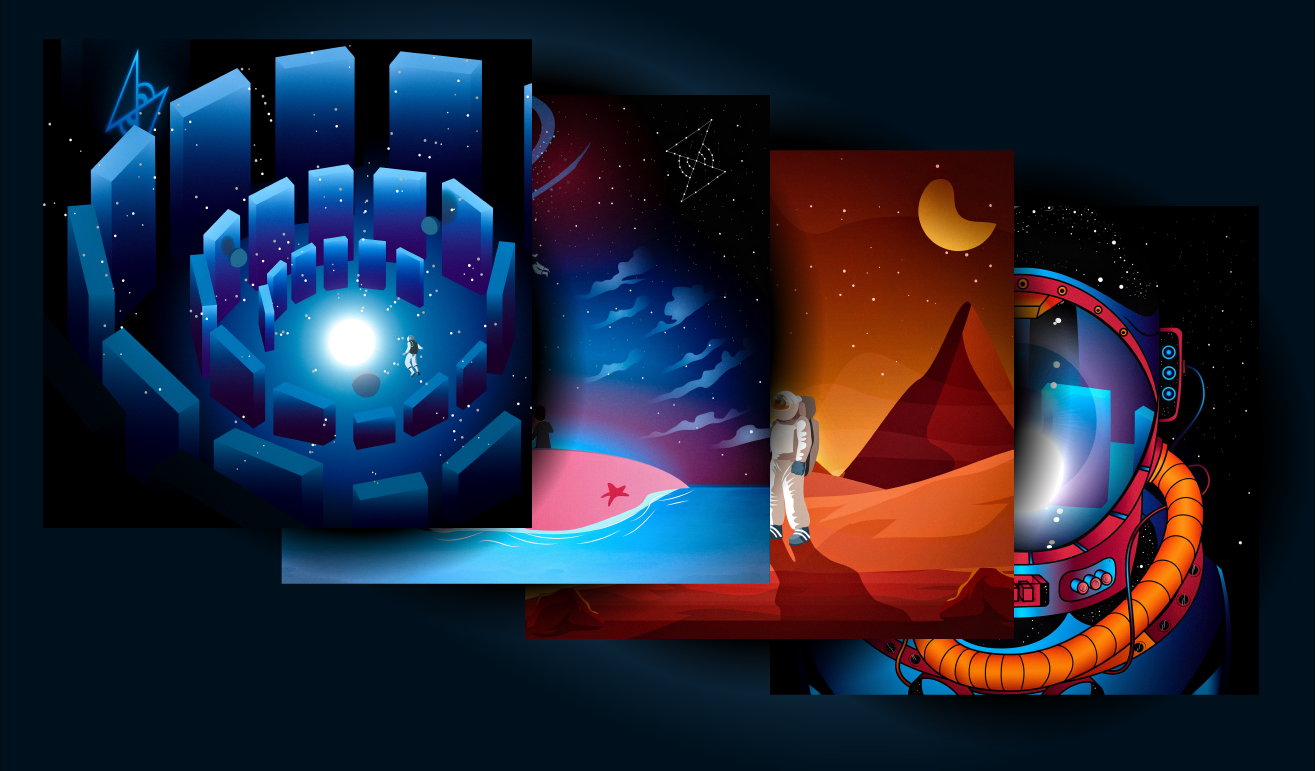 Having a background in music production, I've designed quite a few album artworks. For simplicity's sake, I'll walk through one of the art-series I did for a Canadian-based producer Lizdek. There were 3 lead single artworks that were designed as well as the album cover itself.

The idea is to have a continuous story between all of the artworks to tie the releases together, with the primary subject being an astronaut who is seemingly lost and trying to find something he can recognize, who we slowly move towards as the singles progress. A color progression is also followed to suplement the continuity.

The first single that is released is "Enfold"; an intricate, water-droplet-foley infused upbeat Future Bass track.

The following single to come out is "Careless", featuring vocals describing a falling relationship. Higher in intensity from the previous single, the single showcases more of what the rest of the album's tracks consist of. To continue the color continuity, a crossover of the colder and warmer color palettes is used.

The last single to come out on the album is "Visionary", which begins mysteriously, epic and adventurous with the samples and chord structures used, pulsing into a driving saw bass structure near the end. Feeling this sense of discovery I only think it neccessary to include the planet humanity is rushing to discover currently, Mars. We finally get an up-close view of the astronaut, and the color-tone has completely shifted to warm.

To tie the whole project together, each of the three singles consist of a sound structure that can be found elsewhere on the album. The color tones are now all combined, and we are very close to the astronaut - front and center. Bringing the concept full circle, we see in his helmet reflection a distorted version of the first artwork - but now from the astronauts perspective. Lizdek wanted to emphasize this as he mentioned to me he and his music both changed over the couse of developing the album. 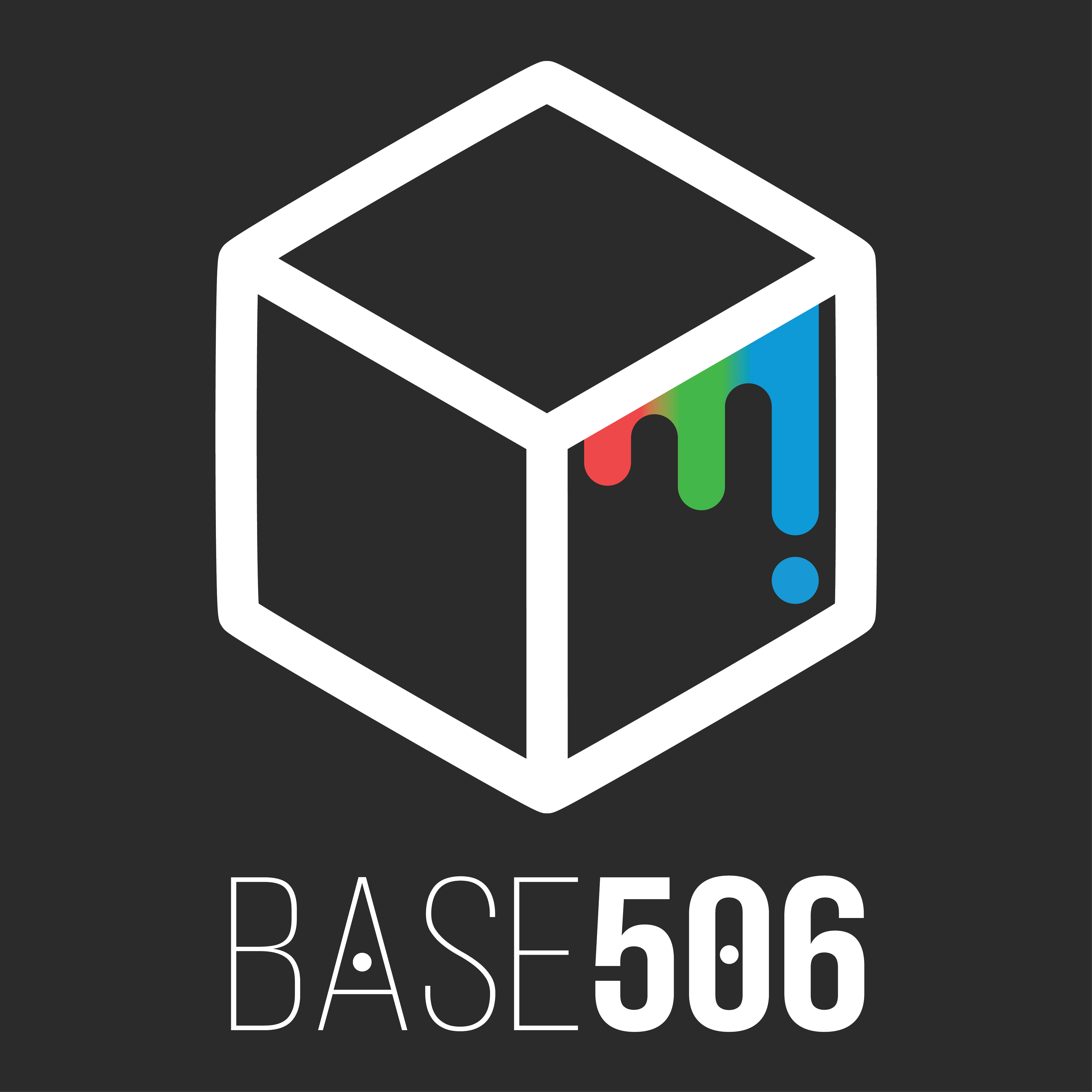 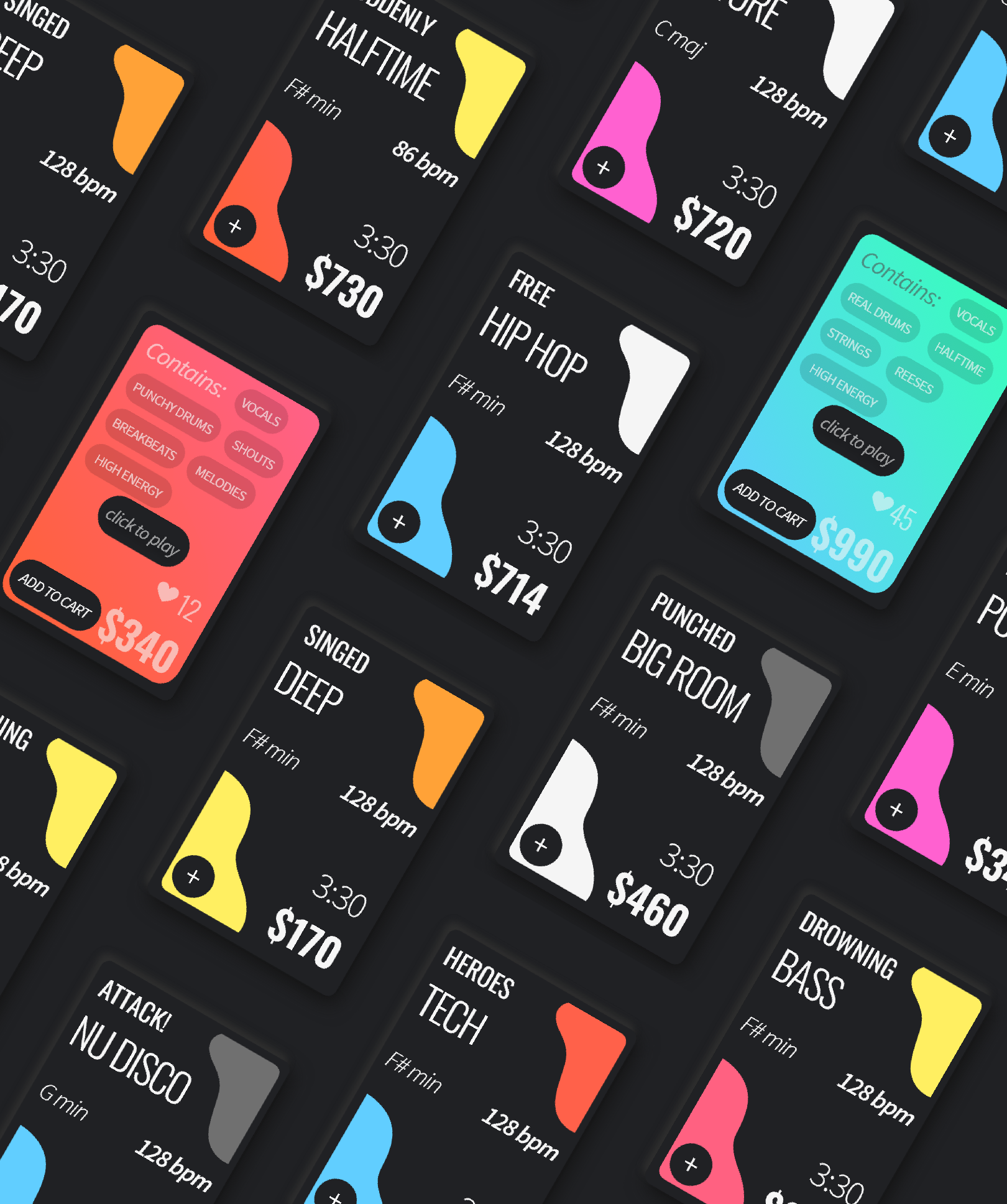 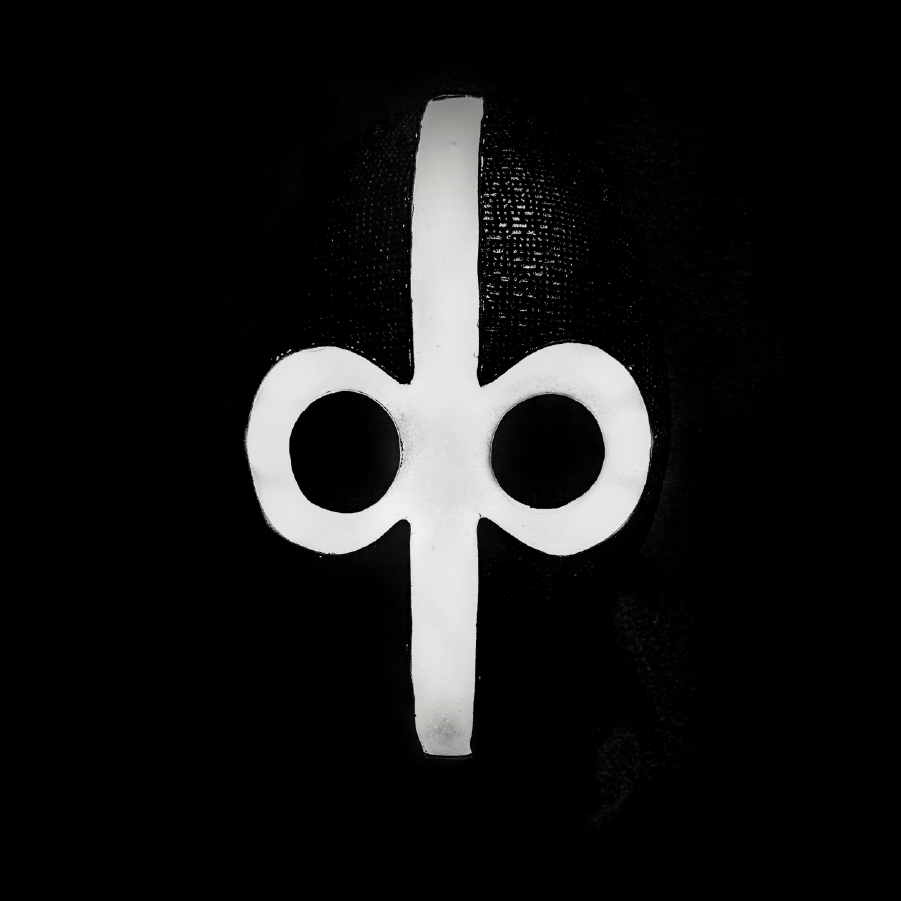